Welcome to The Wo'se Community of the Sacred African Way!

The Way is MA’AT ∽ Truth, Justice and Righteousness 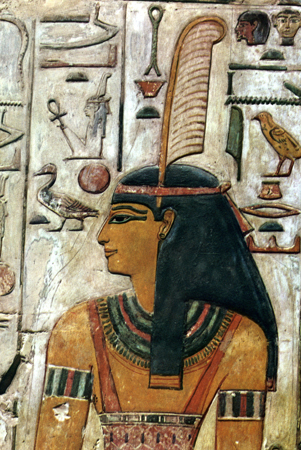 We believe the teachings of our elders and our ancestors that the Creator God created the universe and all life, and has placed in each of us a part of the Divine Spirit. God living in us and through us has given us the right and the power to establish peace and justice in all human life, and true harmony with all of creation. We believe in the living faith of our ancestors.

Our Way is not merely ritual or belief. Our Way is a Way of Life.

Our Way is not a random path. Our Way begins with coherent understanding. It is a way that aims at preserving the knowledge of who we are. It is with this conviction that we study the rich heritage of our African people.

The Way is reciprocity. The Way is wholeness. The Way is unity and self-determination. It is creativity and collective work and responsibility. Our Way is faith, purpose and cooperative economics. Our Way knows no oppression. Our Way creates. Our Way worships and praises the God of our ancestors. The Way is Life. The Way only destroys destruction.

The 4 Pillars of Wo'se's Mission

The Four Pillars of Wo’se’s Mission

The 7 Principles of Kwanzaa

These principles represent an absolute minimum value set, thru which a collective practice of Ma’at can be attained.

Does Wo’se Believe in God?

Yes. This question is very succinctly answered in one of our “freedom writings” in which it is written, “There is indeed a great force in the world, a force spiritual and able to shape the physical universe, but . . . not something cut off, not something separate from ourselves. It is an energy in us, strongest in our working, breathing (and) thinking together as one; weakest when we are scattered, (and) broken into individual unconnected fragments.” (Ayi Kwei Armah, 2000 Seasons).

This statement echoes and reﬂects our relationship with God. For African people, God has never been an abstract idea separated from our personal and collective reality. Indeed, one of our songs asserts triumphantly, “My God is real, for I can feel God in my soul.”

At Wo’se we refer to God as Amen Ra

In the traditions of Kemet “god” is generically known by the term netcher. We consider the netcher, Amen Ra,to be the great, supreme, self-created power that makes what is and what shall be.

We believe this Netcher is the greatest good and highest potential that humankind can experience and emulate. Just as other spiritual and religious traditions have affixed names to that ultimate force to reflect their particular vision (Allah, Jehovah, Yahweh, Oludumare, etc.), the same is true of us. The name Amen-Ra comes to us from Kemet’s 12th dynasty.

Amen means “that which is hidden”. Ra refers to one of the most powerful visible manifestations of the causal force. Ra germinates, animates and sustains the earthly cycle of life, and is symbolized, in our tradition, by the sun.

The Sacred African Way is a way of life that is based on a wholesome relationship with The Most High, nature and each other as viewed from an African communal perspective. It is rooted in our ancient and on-
going desire to know and grow in a manner that provides the greatest good for the greatest number at every level of family, community and nation.

We believe it is an antidote for the genocide and self-destruction that plague our current existence. This is why we have adopted it as a framework for our theology.

While The Sacred African Way was founded on, grounded in, and includes spirituality and traditions from across Africa and the Diaspora, the primary source of inspiration for it has developed into the spiritual tradition of Ancient Kemet.

Our Remetch (Ancient Egyptian) ancestors have been acclaimed by scholars as the most spiritually profound and intellectually gifted people of the ancient world. They created in The Nile Valley a civilization that was based on the understanding that all life is sacred and all human endeavors must proceed from that first understanding.

Kemet was a civilization of great excellence and longevity whose achievements were at the forefront of humanity’s search for truth, righteousness and justice.

Our contemporary scholars, including Cheikh Anta Diop, Theophile Obenga, Chancellor Williams, Drucilla Dunjee Houston, John Henrik Clarke, Yosef Ben Jochanan, Asa Hilliard, Maulana Karenga, Charles Finch, Ayi Kwei Armah, Marimba Ani and others, have advised us that the process of African empowerment and liberation requires that we study, understand and implement the profound knowledge of our ancient past in ways that benefit us today.

Ancient Kemet is the repository par excellence of that intellectual and spiritual legacy. We must open the ancient texts so that our hearts and minds can be inspired and trained by them and not be satisfied with second-hand, often inaccurate Eurocentric, materialistic, and oppressive imitations.

Essential to our tradition is the concept and practice of Ma’at.

We believe it is good and right to practice truth, righteousness, reciprocity, harmony, balance and right order in all we say and do. Our teachings inform us that Ma’at expresses that which was in the heart of The Creator from the beginning of time. It is the organizing principle by which we attempt to guide our lives and how we treat each other. In one of our teachings it is asserted that The Creator said, “When I came into being, being itself came into being … I formed it from the desire in my heart; I laid a foundation through Ma’at . . .”

Similarly, one of our songs reflects this teaching when it says, “Ma’at is the spirit of Amen Ra; O’ Holy Spirit live in my heart.” Ma’at lives in the heart of everyone. It manifests when we hold a reverent respect for each other, our fellow-beings on this planet and the natural environment in which we all live.

Nelson Mandela in 2006 was asked to define “ubuntu” in an interview.

Ubuntu (/uːˈbʊntuː/ oo-buun-too; Zulu/Xhosa pronunciation: [ùɓúntʼú]) is a Nguni Bantu term (literally, “human-ness””) roughly translating to “human kindness”; compassion in all things,  in Southern Africa (South Africa and Zimbabwe), philosophy, ethic or ideology, known as Ubuntuism or Hunhuism (the latter after the corresponding Shona term) propagated in the Africanization (transition to majority rule) process of these countries during the 1980s and 1990s.